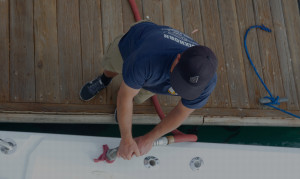 John Van Dixhorn has owned and operated the Dana Point Fuel Dock since 1994. He graduated from the University of California, Irvine in 1991 with a Bachelor of Science in Economics. Starting as a dock attendant in 1986 he worked his way up to manager of the Dana Point Fuel Dock. In addition, he did consulting and construction for Don Hellmers Engineering which specialized in marine engineering and construction. During this time he worked on wharfs, piers and docks from San Diego to Long Beach.

In 1994 he took over operations and completely rebuilt the Dana Point Fuel Dock which included not only the floating docks, pilings and building, but also the entire fueling system. His knowledge of marine construction along with his exposure to multiple fueling facilities on the water made him the ideal candidate for the re-design. Dana Point Fuel Dock was a frontrunner of environmental consciousness with its 100% double walled piping system; the first of its kind in Southern California. Given his experience and success, he was subsequently asked to consult on various fuel dock projects, including the Avalon Fuel Dock, Isthmus Fuel Dock, Willow Beach Fuel Dock, Newport Harbor Patrol fueling facility and Marina Del Rey Fuel Dock.

John also assisted in the remodeling of the Newport Landing Fuel Dock and was later given the opportunity to purchase it. He owned and operated the Newport Landing Fuel Dock from 1997-2011. In the late 1990’s he helped establish the bilge pad exchange program in both Newport Harbor and Dana Point Harbor. Both programs are still running and have proven to work in keeping oil pollution out of the local harbors.

Aside from his experience in fueling systems and marine construction, he has also been an avid boater since childhood. His stepfather was a past Commodore of the Dana West Yacht Club and they have had a boat in the harbor since 1974. He was in the sailing club at UCI from 1990-1994 and has spent many winters taking boats as far south as Costa Rica and as far north as Alaska; some as deckhands, some as a Captain, and sometimes simply for pleasure. He has extensive knowledge in both gasoline and marine diesel engines. He worked for three years on a commercial fishing boat and has also done side work for Vessel Assist, primarily in boat salvages. 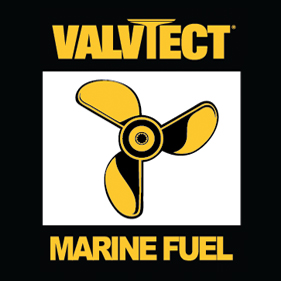